"The performers were so inspiring! Just what we need in the Borough"

"The energy was incredible! Wow!"

"I loved the mix of ages - it shows that anyone can have a go!"

"Great to see Rochdale come alive again after the pandemic!"

"We loved the parade, the music, costumes, everything!"

Thank you to local audiences!

Your support was incredible x

We were thrilled to gain project funding from Arts Council England to co-create SPARK! outdoor circus show and parade for local participants and audiences in Rochdale. Rehearsals began in April 2022, with a large cast of professional and community performers. The project was Managed and Directed by Gil Burns working alongside our guest  Associate Director, Grania Pickard.  We were also excited to work with partners English Folk Expo, Vintage Worx, Cartwheel Arts, Handmade Parade, We Are Stems. Photography by Ian Hodgson Video and Media production by Dawn Pierson, Music composed and produced by Steve Broomhead, additional media by Claire Minett.

Rehearsals began with a special master class from Gandini Jugglers!

“Wow, we loved, the masterclass, we were so inspired to include ideas the show!” 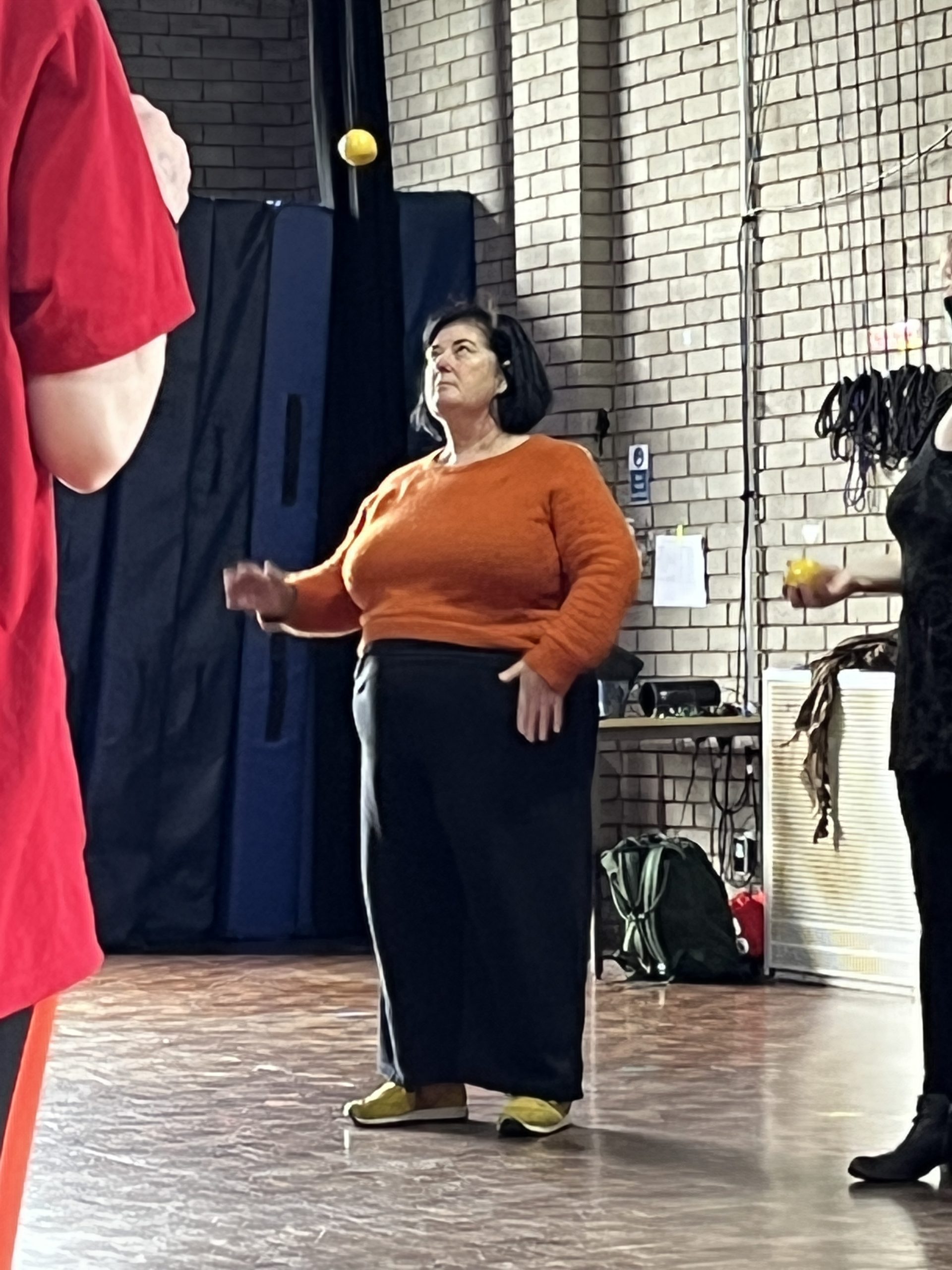 We welcomed Inaki from Gandini Juggling who led us through a brilliant day of master classes. Our staff and participants learned new skills and we had a lot of fun!

As the show developed, our first performance took place at Rochdale Folk Festival in June 2022.  SPARK! was inspired energy and the environment but it was also about regaining our spark as we emerged from the pandemic.  It had been a long time since we’d performed and it was fantastic to circus again! 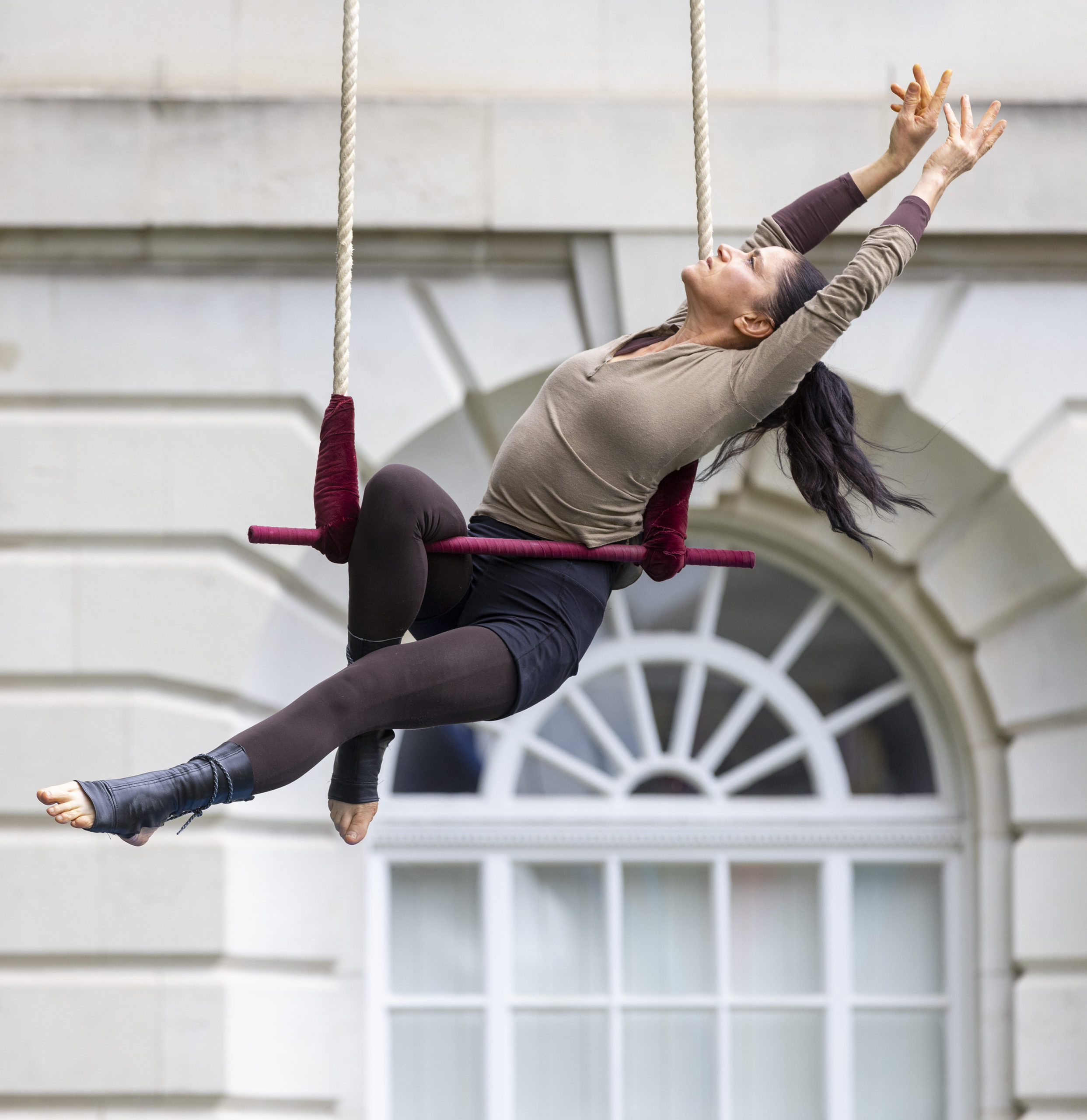 The folk festival gathered large crowds for 2 performances and we were thrilled that it didn’t rain!

By July 2022, the show had grown. We brought in more participants and artists.  The Falinge Park spectacle included a parade and promenade performance. Choosing a steampunk theme, we worked with Hebden Bridge’s Handmade Parade.  Our participants made some fantastic creations! 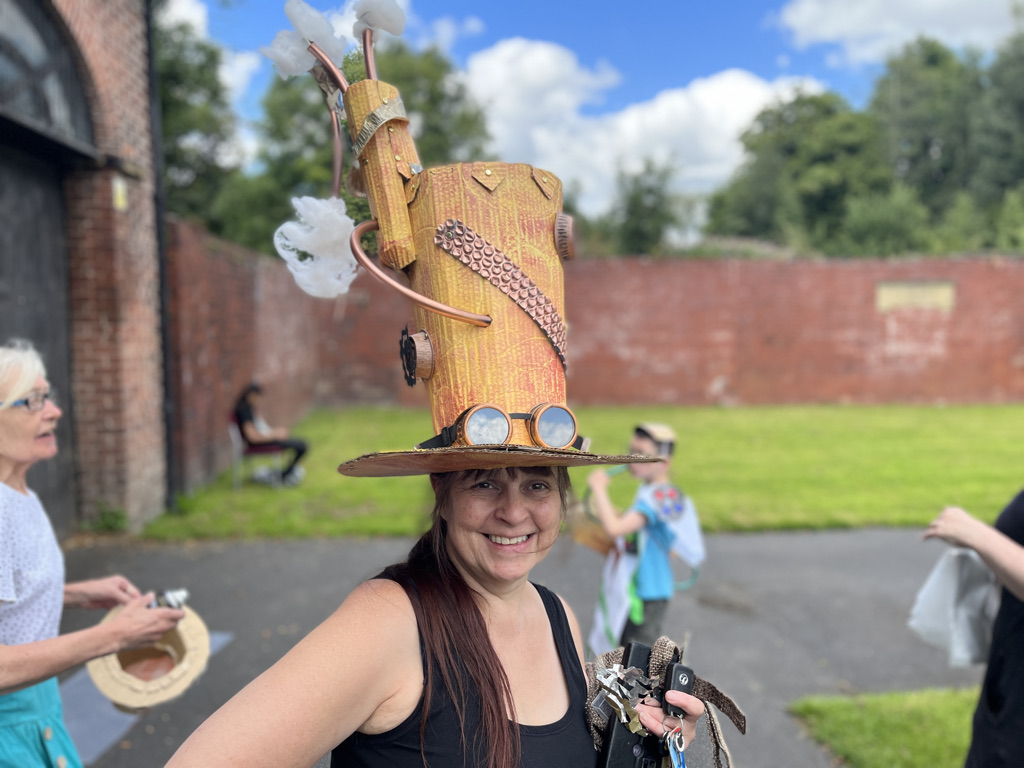 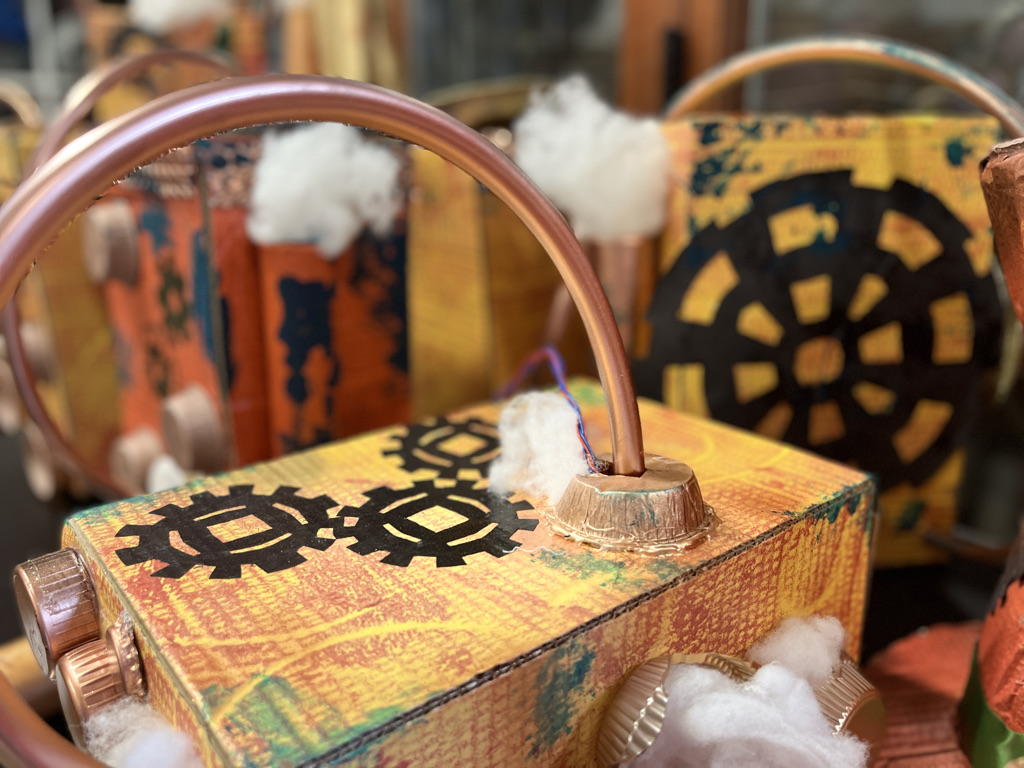 In August 2022, we paraded and performed in Falinge Park.  We were delighted by the support of large crowds of local people.  We found our Spark!

“The range of ages was totally inspiring”. Audience Member

Watch the video below, it didn’t rain!

“It was a total thrill to perform in front of so many people!” 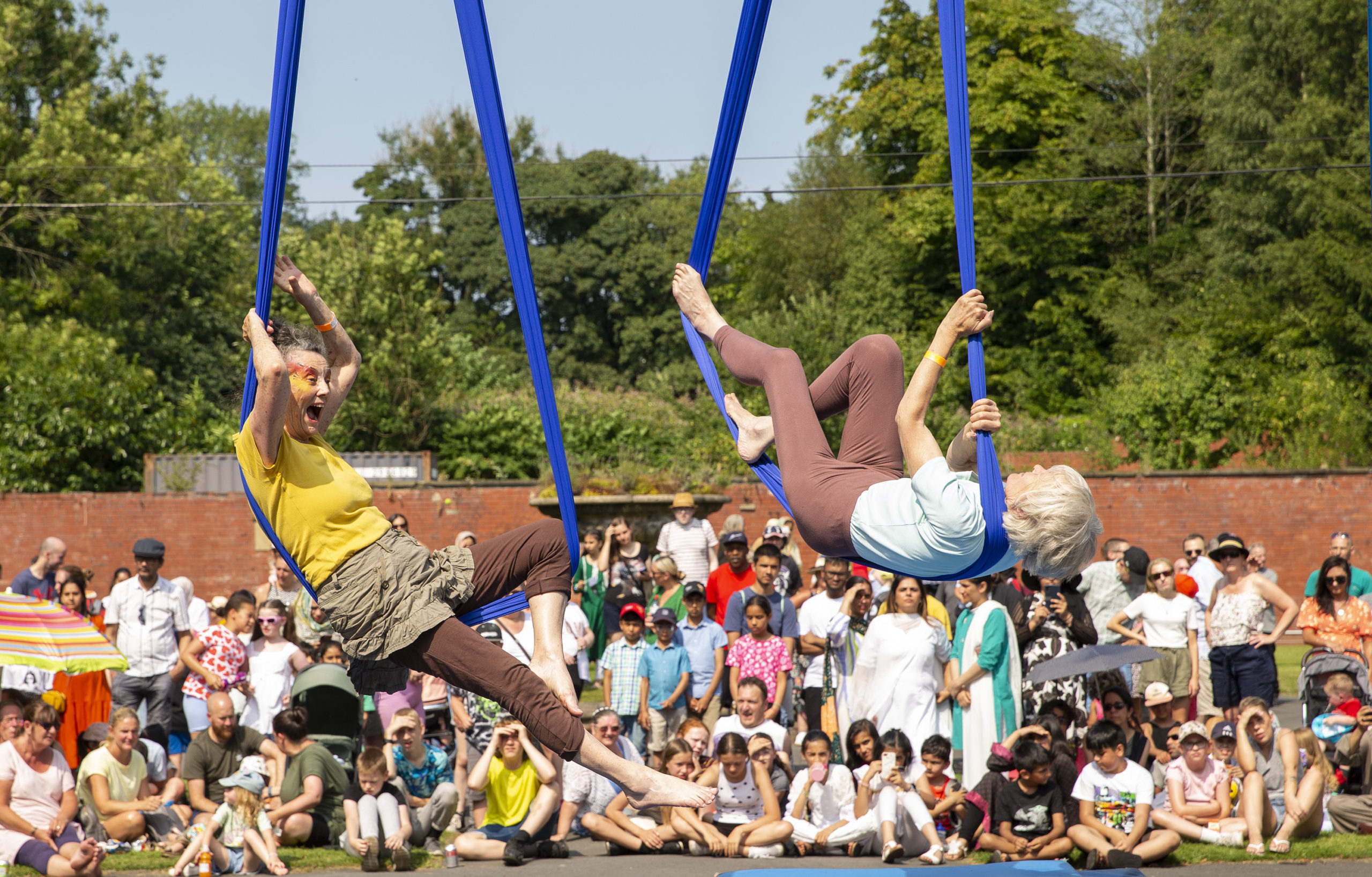 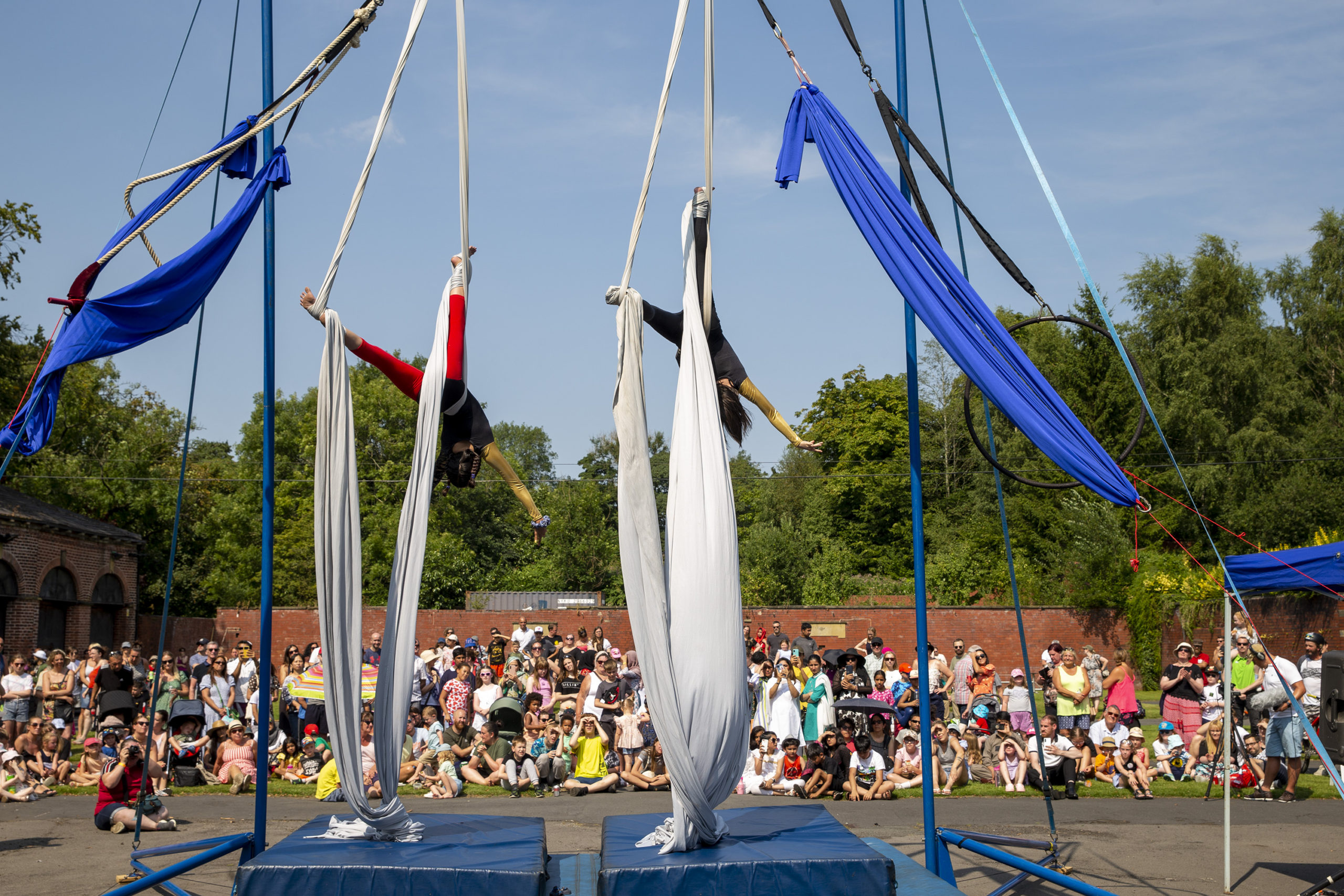 “Brilliant performance by a really special organisation keep up the good work!”